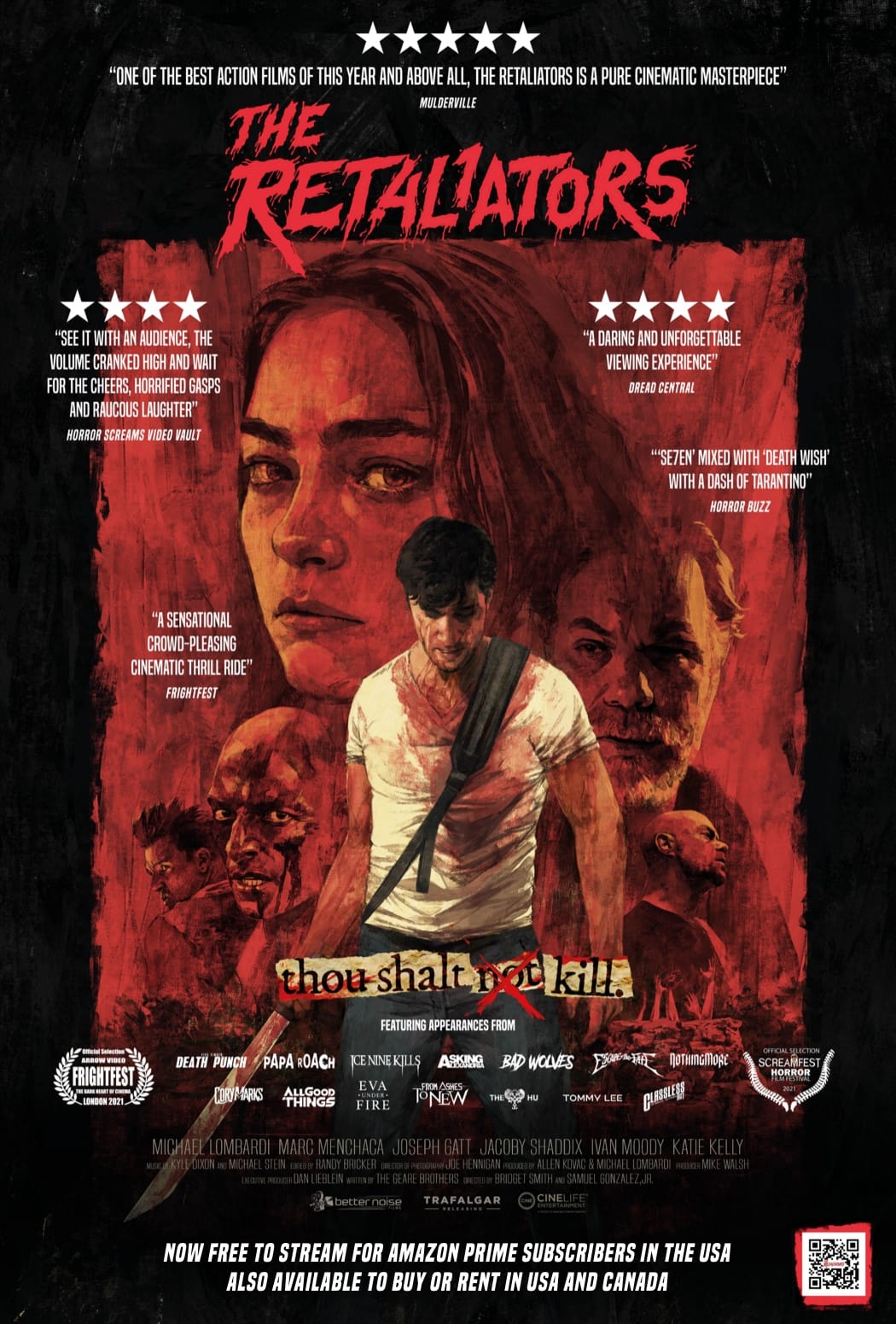 The must see Halloween movie of 2022 comes to streaming

In THE RETALIATORS, an upstanding pastor uncovers a dark and twisted underworld as he searches for answers surrounding his daughter’s brutal murder. A high-octane original soundtrack and cameos from some of the biggest names in rock music set the tone as this horror-thriller reveals a game of revenge played using a new set of rules.